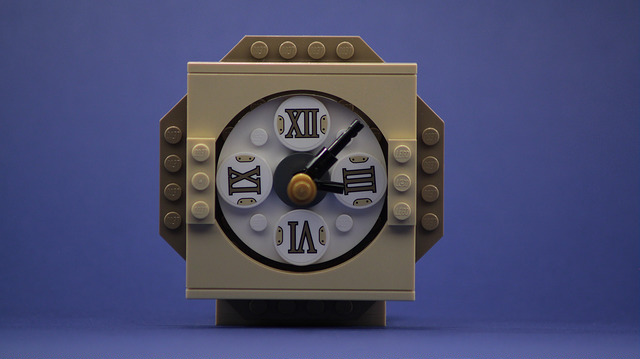 I am almost always on time (*). I am this way because I plan to be on time. If I am going somewhere I have never been, I make sure I know the route to get there and know a couple of alternate routes, just in case. If the weather is going to be bad, I plan for extra time in getting there. I will sometimes check the traffic conditions ahead of time in case I need to adjust for that, in this day and age it is really easy to do. I always schedule times between meetings, especially if I have to travel from location to location and actually block the travel time on my calendar.

It really irks me when I show up to a public event and you hear somebody announce: “Well we are going to just wait a few minutes before we start to see if anyone else is going to show up”. You are doing two things with a statement like this:

As someone who used to put on public events, I know what the thinking is. You had 30 people sign up, but you are looking at a room with about 15 people in it. Somewhere in your mind you are convinced that there are 15 people who are at a stop light just a block away and if you give them 5 minutes they will all be in their assigned seats. Reality: There is almost always a 50% drop off in the number of people who sign up for an event (unless you are charging for tickets) and while you might get one or two people showing up late, you are just wasting the time of the people that showed up on time.

One of my favorite stories was about the Baseball General Manager, Branch Rickey, and how he used to handle players that showed up late. If you were 2 minutes late to a team meeting, he would fine the player for two hours pay. His thinking was that the player had just cost the organization two hours’ worth of time (there were 60 people who attended these meetings between players, coaches and staff).

How do you fix this?

My first thought is to say just start on time, but if people actually did this, I would not be writing this post. But here are a couple of techniques that I have seen success with.

Publish a soft start time and a hard start time. They recently did this at the place that I work out. 8:30 was the Doors Open / Networking time and the Presentation started at 8:40 – sharp. This was a live webcast, where the lights went down and the doors closed (and effectively locked). The people who did not want to network could roll in at 8:39 (but not later) and the few legitimate late people did not miss the start of the presentation.

Plan for a “warm” start. Rather than diving into the meat of the material, plan 5-10 minutes up front that a person could miss but still get value out of the event. Don’t make it just filler material or something that it is waste of time. Think of it as a “bonus” for the folks that showed up on time.

(*) As a quick aside, I don’t necessarily like to be early either. In some ways it can be just as rude to be super early as it is to be late. Again, my goal is to be “on time”.