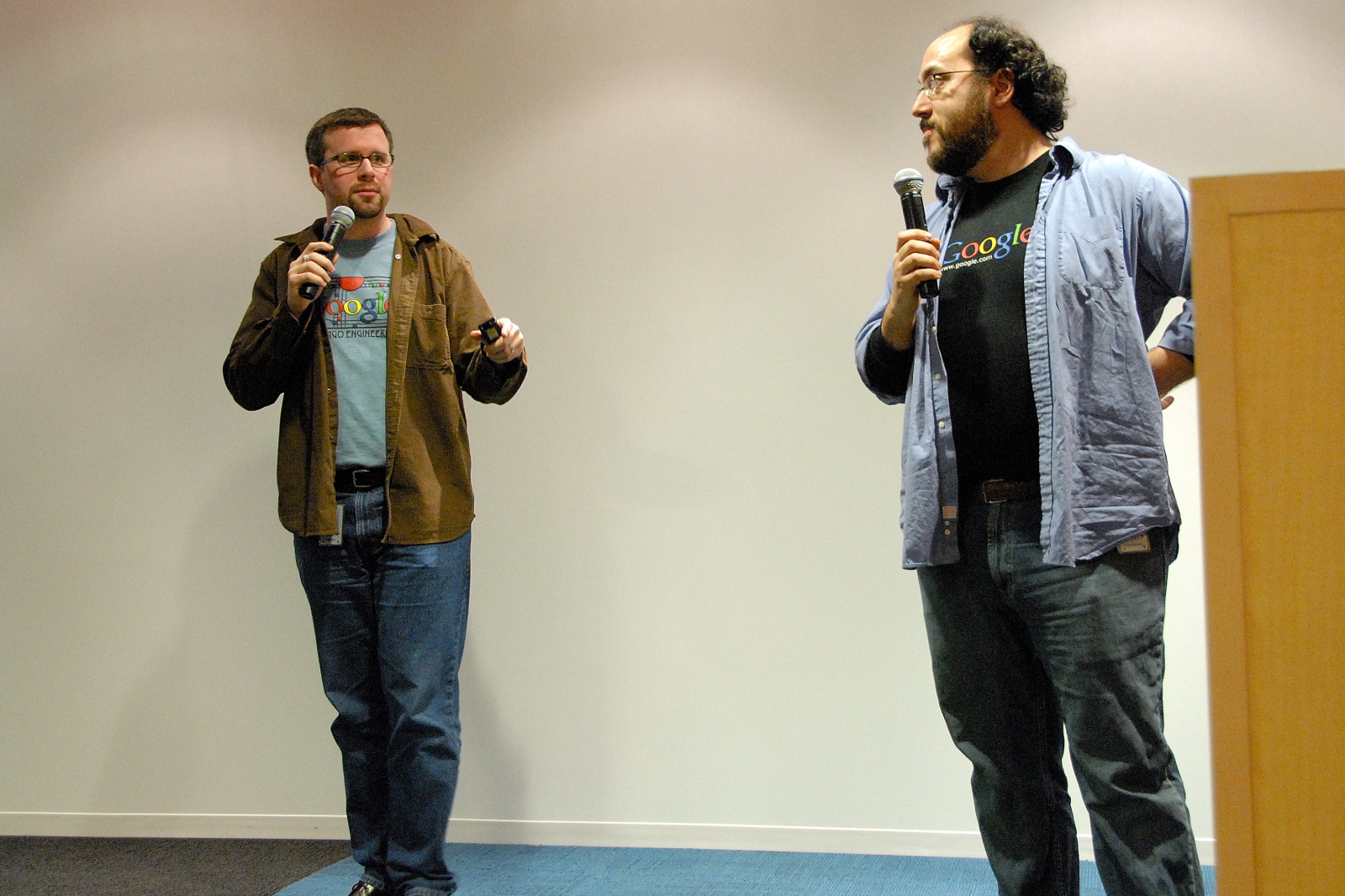 This past Wednesday I attended the Chicago Chapter of the ACM (Association for Computing Machinery) meeting in downtown Chicago, Illinois. I had not been to an ACM meeting in well over 10 years (since I finished Grad School). It is good to see that the ACM has an active chapter in the Chicago area (they meet monthly during the academic year). Special thanks to Marc Temkin and Greg Neumarke from the ACM for putting on a good meeting.

Note: I am going to be leading the presentation / discussion at their April meeting, with the topic being Silverlight. Since it will be taking place a month after the MIX conference, we will doubtless have lots of news to share about Silverlight 2.0 and new bits to demonstrate.

I have to admit that one of the reasons I attended the meeting was to check out the Google offices. Google stepped up big for the ACM group by not only provided the presentations, but also donating their office space and for buying all the food for the event (Normally there is a small charge to attend the meeting - not this time).

When I arrived at the office I was looking around and a very nice gentlemen came up and asked me if I needed anything. Since he did not have a guest pass, I assumed he was a Google employee. I asked him to see the “Xbox room” because I heard they had an awesome game room (I knew someone who had previously visited the office during an open house). He offered to show me around the whole office. At this point I felt compelled to mention to him that I worked for Microsoft. He said “Thanks for telling me, we can still show you around - we love Microsoft we use a lot of their software on our desktop machines”. The Google guys asked people to not take pictures outside of the lecture room, I honored their request. It was only after the tour that I found out what my tour guide did for Google. He is one of their Executive Chefs and was in Chicago from their Mountain View Campus.

He showed me around their offices (they are on 2 floors) and the place is a very “cool” work environment. They have lots of colors around the office (all of them web safe) and the office is laid out in a very open environment to facilitate collaboration (the “cubes” offer individual work spaces, but there are no real walls). There are the giant balls that you can sit on instead of a chair pretty much everywhere. All of their conference rooms are named after a Chicago theme, but it really presses the trivia part of your brain to figure out how (took me a minute to remember that the 1980’s movie Adventures in Babysitting was set in Chicago). There were all kinds of fun things around to play with. I counted 4 xboxes in the office (a couple of 360s and a couple classic xboxes). At Microsoft we have 3 floors in our downtown Chicago office and I doubt that we have that many xboxes in the office (we have to fix that).

After the tour I got to meet a couple of the Google guys. They were all very cool about me being from Microsoft, although standard procedure might have required them to sweep for bugs after I left. 🙂

Jon Trowbridge gave an interesting presentation on Bloom Filters, which are a way to quickly evaluate the presence of something in a large dataset (which is something Google is probably interested in). The talk was focused heavily on the math side of things and not so much on the implementation (but what would you want for a 45 minute presentation?). I think I really missed out on a lot of the algorithmic theory because I got my degree in Information Systems and not Computer Science.

Brian Fitzpatrick and Ben Collins-Sussman gave a fantastic presentation on “How Open Source Projects Survive Poisonous People (And You Can Too)”. Brian and Ben are both on the Subversion team and have dealt with lots of people issues on that project (and others). We can learn a lot from their guidance presented in this presentation, even if you are not working on an open source team. These guys were fantastic presenters, very engaging, you can check out a previous recording of their presentation on Google Video. I intend to follow-up on a couple of topics they touched on in a future blog post.