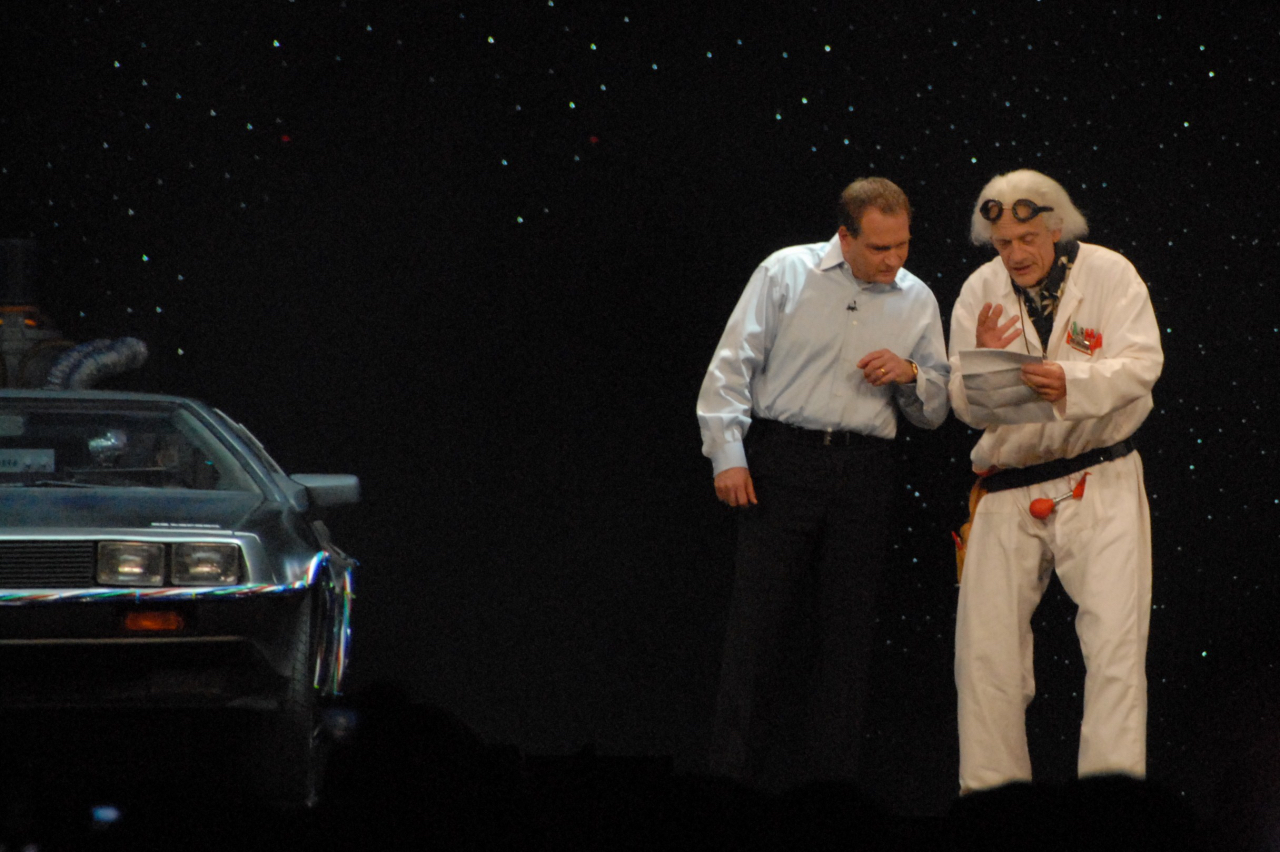 The keynote at TechEd this morning was absolutely hilarious! It was based on the Back to the Future movies and it even included Christopher Lloyd reprising his role as Doc Brown. I hope that they will be releasing it as a Webcast so that you can check it out. The poke some serious fun at past TechEd announcements that have not come true (do you remember “Hailstorm”?). Doc Brown even showed off his latest invention the MSVSBSD - “Microsoft Vision Statement Bullshit Detector” that would honk anytime that Bob Muglia strayed from the path of showing real technologies and went into visionary statements.

The announcement that was of most interest to me was almost a “Oh by the way” type of announcement. When they were demonstrating the new features of Windows Server 2008 they showed “Windows Server Core” which is a very dull demonstration (and that is the cool part about it). It is a stripped down version of windows that includes only the bare bones to run a server role. There is not even a GUI on the system and everything it done by command line. Core has been talked about for a while, but there was always a role missing during the discussions. They would list roles like File Server, DHCP and DNS. But until today that did not include a web server (IIS) role. Today it was announced as one of the supported roles, but there is one catch. Server Core does not support managed code (at this time). So IIS can be running, but not with applications that require the .NET Framework. So you could use it for static sites, Classic ASP or other non-managed code (such as PHP).