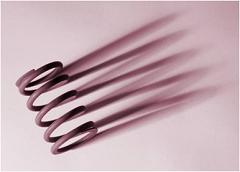 Next Sunday is the return of daylight savings time for 2007 in the United States. It is coming early this year due to the federal act called the Energy Policy Act of 2005. Daylight Savings time has an interesting history, the idea can be traced back to Benjamin Franklin with his “Early to bed, early to rise…” quote. It was first enacted by Germany in WWI and was first in use in the United States a couple years later. Several times they have experimented with changes to Daylight Savings time, but there have been few changes since 1986 (unless you live in Indiana) :-).

These days we have more and more computer systems that are “time zone aware” or that rely upon sensitive time keeping. I went through my house yesterday and found over 10 systems that have daylight savings time built into them (not just computers - TVs, light switches with timers in them and game consoles).

The 3 week early arrival period could cause disruption for systems that are not patched or properly modified. For instance, many offices have timers on their security systems that automatically lock and unlock the doors to their businesses. Also many systems have client and server components that both rely upon the correct time (Exchange and Outlook are an example of this). Unless both systems are properly patched, you could experience issues (like showing up an hour late to a meeting).