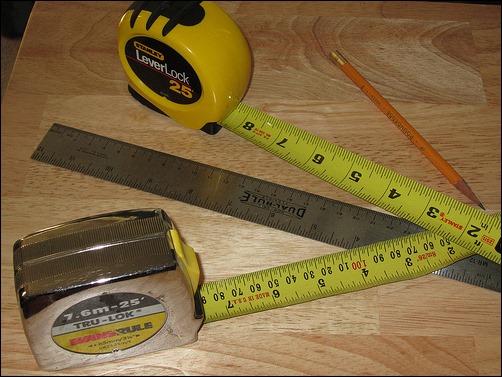 I went to the Milwaukee ALT.NET (@AltDotNetMke) group’s Holiday hangout a couple weeks ago. It was a fun night of drinking a couple beers, talking shop and some non-shop items. One of the things that we talked about was something that is very near and dear to my heart: how fast can you get a new member of your team up to speed and productive and what the answer says about how mature your development processes are. I heard a pretty surprising response from a couple of the folks at the Holiday Hang out when I asked the question.

You may have heard of the Software Engineering Institute at Carnegie Mellon University and their tools for measuring Information Technology / Software Development teams. You almost certainly have heard of the Joel Test that pokes a little fun at the SEI and offers a simple 12 question “test” to rate the quality of your software development team. I have quoted the Joel test to numerous developers and architects over the years myself. I have a bit of a twist on both of these approaches it is a relatively simple test:

The new developer is allowed to ask follow-up questions (and you should take notes on every question that they ask), but you are not allowed to actually do anything for them. Each time that you have to look at their machine in order to answer a question, you should add an hour to the clock time. Once the developer has the code running, take note of that time. I like to call this the “zero to configured” metric. If you are like most development teams, this number probably makes you want to weep uncontrollably. Most development teams probably think this should take them a “few minutes”, but the actual number is probably located between several hours and never with most answers hovering in the neighborhood of a couple of days. Seriously – try this test and see for yourself.

I wish I had actual data on this metric to share, but I only have anecdotal information. But if you work in software, you probably have a lot of anecdotal stories of your own. Here are a couple tidbits:

I was not personally involved in every one of these and I have tried to keep the details vague to protect the guilty (unless you name is Erin – sorry dude).

Does a high “zero to configured” metric mean you are a bad group of developers? No. It could be that you are a good group of developers and you don’t have a lot of new people on boarding. We tend to work on problems that we encounter more frequently and if you don’t bring on new developer, you probably won’t address it. It does mean that you will probably have a painful time when you get a new machine.

That was why I was so impressed by the answer that one of the guys gave when I asked the question at the alt.Net hangout. He said that he rolled onto a project a few weeks before and was up and running in about 2 hours. The impressive part was that the 2 hours included installing the local version of SQL Server. Kudos to that team!

** Seriously – quit running as an administrator. You will write better code, spend less time debugging issues and be much more secure as a result.