For week 2 of my Book-a-week resolution I read Wikinomics: How Mass Collaboration Changes Everything by Don Tapscott and Anthony Williams. Instead of doing a full book review on it, I thought I would talk a little about the cover. 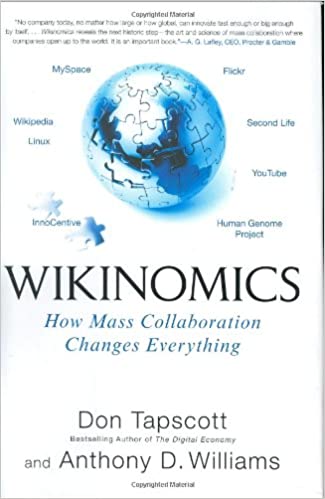 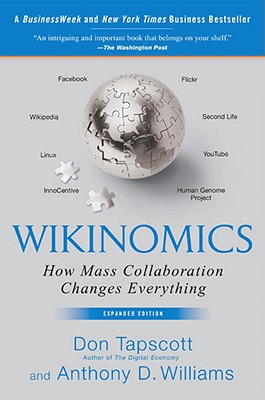 Might be a little hard to notice the difference with these small thumb nails, but it is a little more obvious on the book when you hold it life size. I am not talking about the colors, the quotes or the “Expanded edition” added to the cover. I am talking about how they replaced MySpace on the original edition with Facebook on the second edition.

Don’t blame them, but…

The authors point out in the forward that the book seemed “So 2006….” when they created the next edition and having MySpace listed on the cover is not the only thing that dates the book in that era. And I don’t begrudge them dropping MySpace from the cover; would you buy a book in 2010 / 2011 that talked about how awesome MySpace is? My only complaint is that they replaced MySpace with Facebook when Facebook only plays a minor role in the book. All the references to Facebook are in the last chapter of the book (called Enterprise 2.0) and it does not feel really integrated into the book core tenants.

I do have to wonder what the cover of the 3rd edition of this book (circa 2014) will include on the cover. Surely Wikipedia and Linux will be on the cover, but will Facebook and Flickr be?

Note: If you are following along just to see if I have failed miserably in my book-a-week resolution, I am doing okay. I am technically a couple weeks behind, but I have 2 books that I am almost done reading. I am reading a lot more than I am blogging about, so I have put up a list of completed books so you can see the progress.