My oldest son started college a few weeks ago. It was a real generational shift for me in a number of ways because some part of me still thought that I could fit in on a college campus. As Zachary and I went through the application process, orientation this summer and finally move in day at his dorm this summer I quickly realized that the only time that I would fit in on campus is parent’s weekend and I am not 100% sure that Zachary would even want to hang out with us then.

I don’t appear to be the only one to have gone through a generational shift in the last ~20 years. The dorm rooms themselves don’t seem to have changed much since I lived in one, the size, furniture and even the smell is exactly as I remember them. The changes that I noticed involved the technology that was installed and what the kids brought with them. I thought it might be interesting to chronicle them. 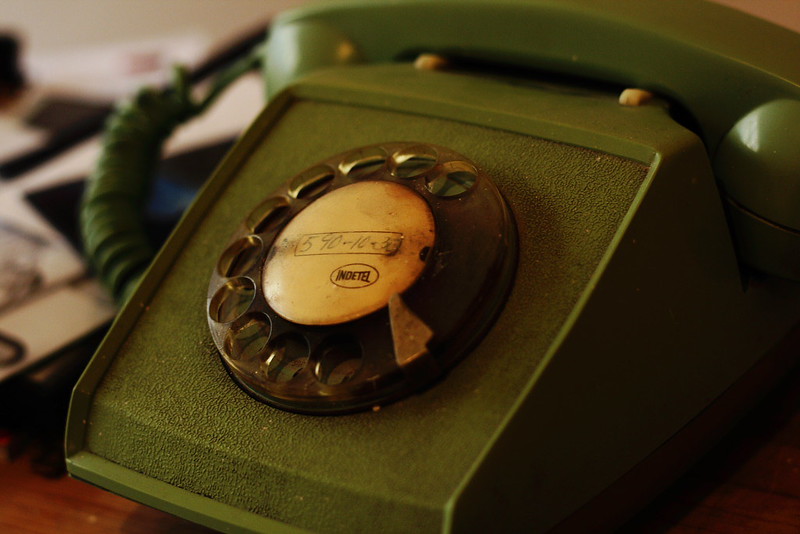 The telephone was a critical part of my dorm room experience. Each room had one and they were a part of the campus PBX (Private Branch Exchange), so you could dial anywhere on campus just using the 4 digit extension. While the phone was useful for calling other dorm rooms and around campus, it’s most important feature was the critical lifeline back to your home, where you could reach your parents and more importantly, their wallet. You did have to jump through several hoops in order to reach the outside world, by getting a calling card or a long distance plan hooked up to your phone.

I got a bit of a shock when the residence life director at Zachary’s school told us that the dorms did not have any phones. He said that the building where still wired for them and you could get a phone hooked up if you jumped through several hoops, but they were no longer standard issue. It is easy to see why, all of the kids carry cell phones, although none of them actually talk on the phone, they just text message back and forth.

A word processing typewriter was something that I bought just before I showed up on campus. Mine was not a just an average type writer; mine had memory, a spell checker and a display screen that showed you the better part of a sentence and a half of what you had just typed. Mine was so advanced that you did not even have to physically be typing in order to work on your document; you could type the whole document and then print it out. Word processors and there old fashioned cousins the typewriters were still common when I showed up to college, but they did not last long. In the 4 years I was an undergraduate and 2 years I spent in graduate school the typewriter became an antique. However the changes kept on coming, when I left college laser printers were a luxury (still running at $.10 a page to print) and you could count on one hand the number of color printers on campus.

A small TV with Rabbit Ear Antennas was standard issue when I went to school. I remember how much time my roommate and I invested in finding the optimal location for the antenna for each of the 5 broadcast stations in the area and how one of the stations had a different position during the day than at night. It was a lot of work, but all worth it so that we could catch that hot new show “Star Trek the Next Generation”. During summer vacation I was able to save enough money to buy a 4 head VCR, so that we could set about achieving our goal of watching “Blade Runner” 100 times.

Now days all the dorms have cable television and most rooms sport a flat panel TV set. Many of the TVs have gaming consoles attached to them. But the kids these days are just as likely to watch TV on their computer as they are on the television.

We had a very efficient computer network when I was on campus, if you needed to copy a file you put on your shoes and walked over to the computer lab. Now you had to go to the right computer lab the first couple of years that I was in college, because not all of the labs were networked together. If the file was bigger that the disc size you had you jumped through a bunch of hoops with various zip or packing utilities to get it moved over.

Zachary has the choice of using the wireless networks in the dorm room, or if he needs a better connection, he can plug into one of the 2 wired connections in the room (they had to put something in where the phone jacks were).