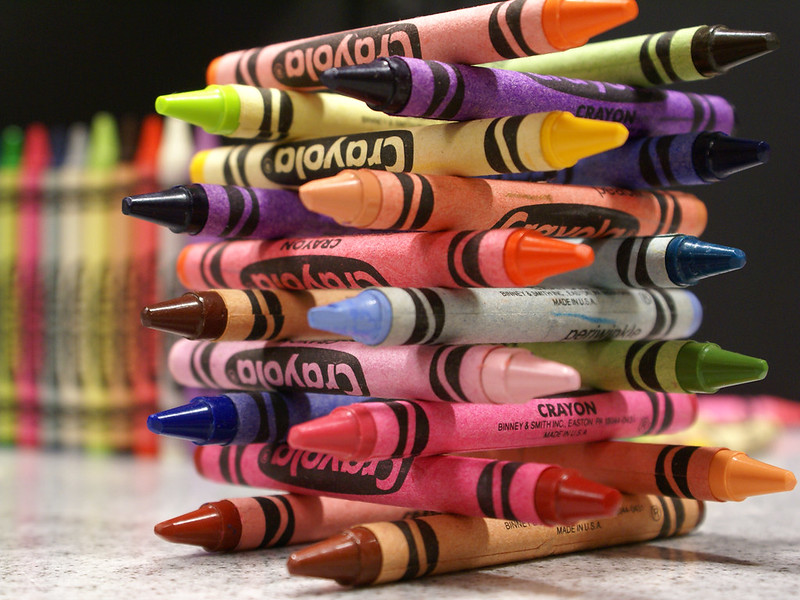 I don’t have any scientific basis for this, but I have years of anecdotal evidence. My anecdotal evidence is generally me meeting a very creative person and asking them how many crayons they had as a kid. The answer almost always comes back as “the big box of 64, you know the one with the sharpener on the back”. Several times I have met people that owned more than one box of 64 crayons (they must have used up all the burnt umber in the first box and needed the second). A couple people have even mentioned that there is a box of 128 crayons that exists, so there must be some really creative types out there!

I am not a very creative person. Part of the reason with me coming up with this theory is that I did not have a lot of crayons growing up. I joke sometimes that my mom only bought me a box of four crayons (red, yellow, blue and black), but the reality is that I think it was actually a box of eight. I do remember not being able to color any pilgrims in gray outfits in my Thanksgiving project in first grade (I tried to color with the black very lightly to make it seem like gray, but it did not work out so well). I do remember the girl sitting next to me mocking me with “Which color gray should I use; I have so many of them”. I got my revenge when she hurt her arm trying to lift that huge box of crayons one day. 🙂

I was in college when I noticed the correlation between the creative people around me and the number of crayons they had as a kid. That is when I started polling people around me and gathering my sample data. My close friends in college got so sick of the poll that they actually bought me a box of 72 crayons just to shut me up (I still have that box of crayons and have used it a couple of times over the years).

Was it the crayons? I don’t think so..

I do buy my kids the big box of crayons just in case, but I don’t think just owning the crayons will make you creative. As with all things there is some natural talent that you either have or do not have. I think that most of your creativity comes from your interest in doing creative things and investing the time in it (it is a lot easier to invest the time as a child). Also it does not have to be crayons, Lego works well also. Personally I am going to try and spend some times doing more creative things in an attempt to overcome those years of not having a lot of crayons to chose from.