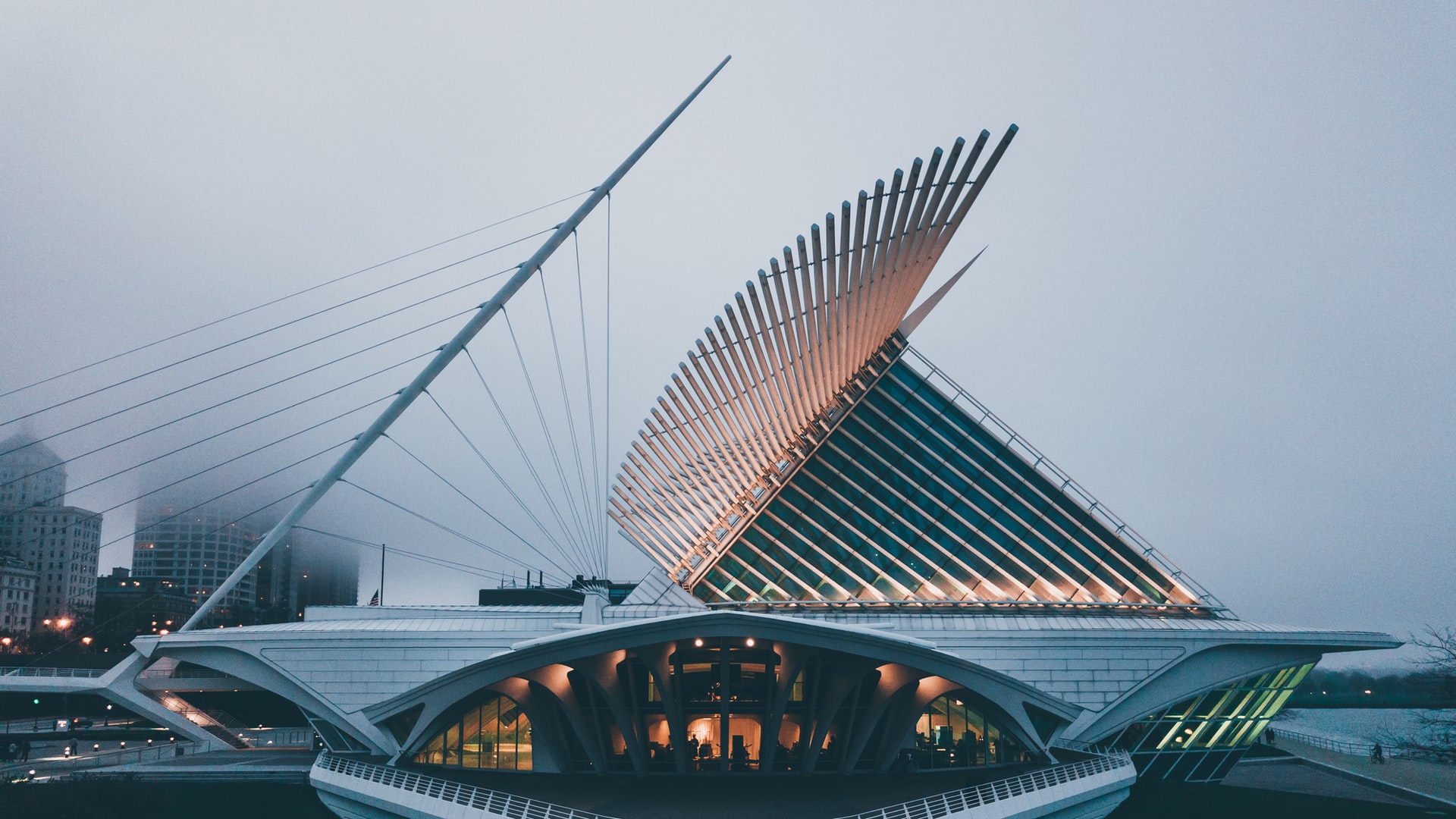 Photo by Kayle Kaupanger on Unsplash

On Sunday the family and I went to the Milwaukee Art Museum to see an exhibit (the exhibit was wonderful, but that was the last day, so I won’t tease you with the details). Milwaukee has a wonderful art museum, but there is one downside to the museum and that is that the building itself can be a huge distraction from the works of art inside the museum. The building itself is a real work of art.

The art museum itself is actually a couple of buildings, and what most people think of as the museum is actually the Quadracci Pavilion that was built years after art museum was opened, although the building is quite often referred to as “The Calatrava”, after the architect. The building was designed by Santiago Calatrava a Spanish architect who has built dozens of structures around the world (including such great works as the Turning Torso). The crowning glory of the building are the “wings” that raise and lower during the day. But as you wander around the building (both inside and out) you notice there are many great features to the building. You can easily spend hours in the building amazed at the elegance of the structure (while you are there, do spend time looking at the art that the building contains). To me one of the most fascinating parts of the building is actually the parking garage. 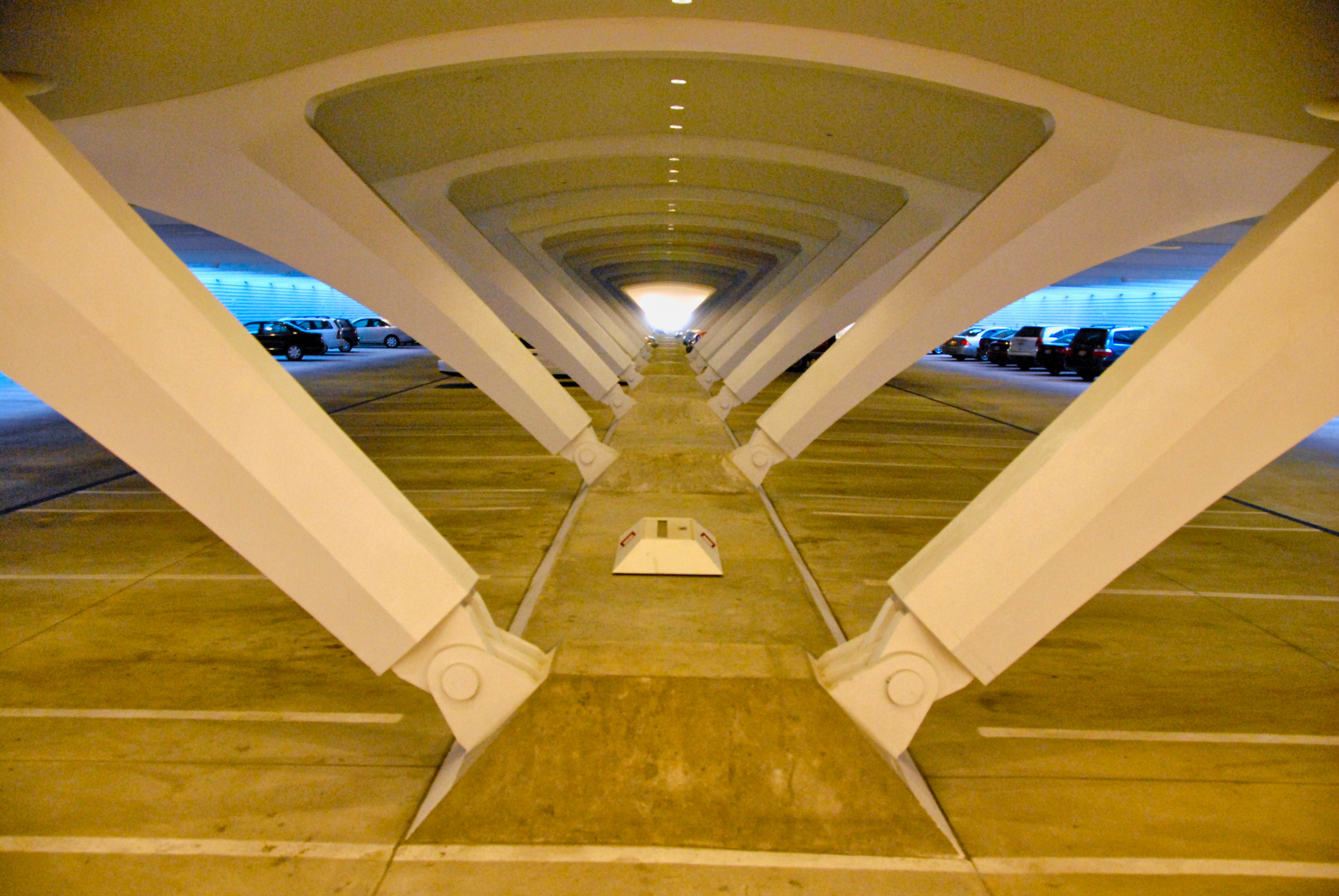 There are a couple of parking garages that you can use, I am talking about the one that is actually a part of the building itself. It is an underground structure that is located below the Quadracci Pavilion. The building is actually on the shore of Lake Michigan, so I am sure it is an engineering marvel because the garage is below ground so close to the lake. But I am amazed how the parking garage has been incorporated into the structure and the theme of the overall building. 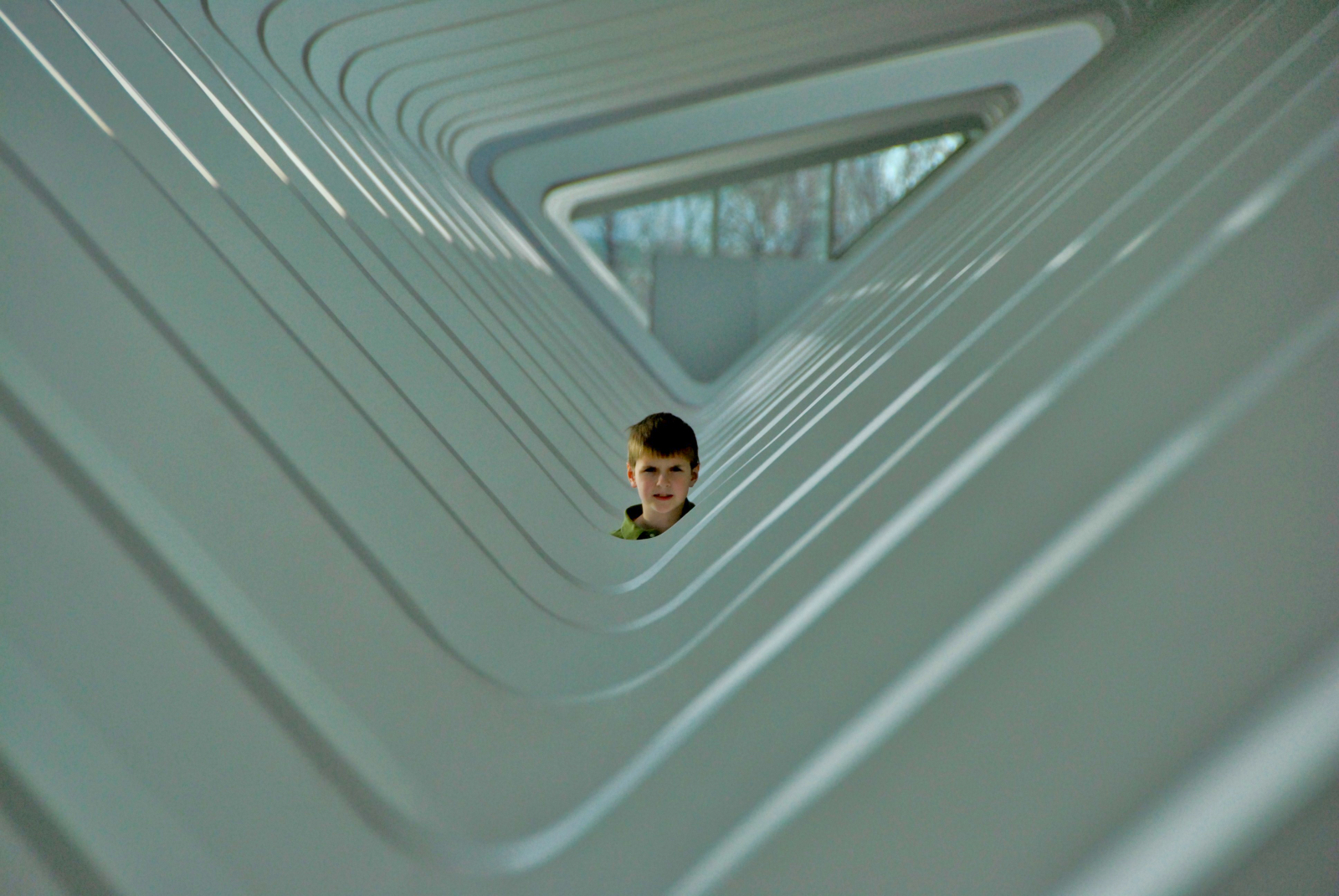 Normally you think of a parking garage as a very utilitarian structure and the design usually reflects that notion (imagine concrete pillars that are evenly spaced through the structure). The garage at the Milwaukee Art Museum reflects the design of the overall structure. You can see how the lines of the pillars in the photo above are harmonious with the lines inside the building in the photo photo of my son; the spine type structures run the length of the building on both sides (the shape of the garage pillars are different because they are in the center of the building). I can honestly say that it is the only parking garage that I have ever been in that I would consider elegant.

Applying the principal to software design

Like the parking garage at the museum, most software applications have components that are utilitarian in nature. The canonical example is the administrative interface that is only used by the system administrator. Often times these are “CRUD” interfaces used to maintain reference tables used in other parts of the application. These interfaces are often slapped together (I have heard more than once phrases like “that is a good job for the summer intern”). Even if the interface is not used by every member of the application it does not mean that it should not flow with the rest of the application.

The administrative interfaces are an obvious example, but there are also non-visible portions of the application that some times don’t get the attention that they deserve. There are always components that are not as “sexy” to build (think of the rating engine for an insurance company), so often times they are neglected. Often times that are components to the system that don’t fit in with the rest of the application just because they lack some attention to detail (no XML Comments, missing or inadequate unit testing).