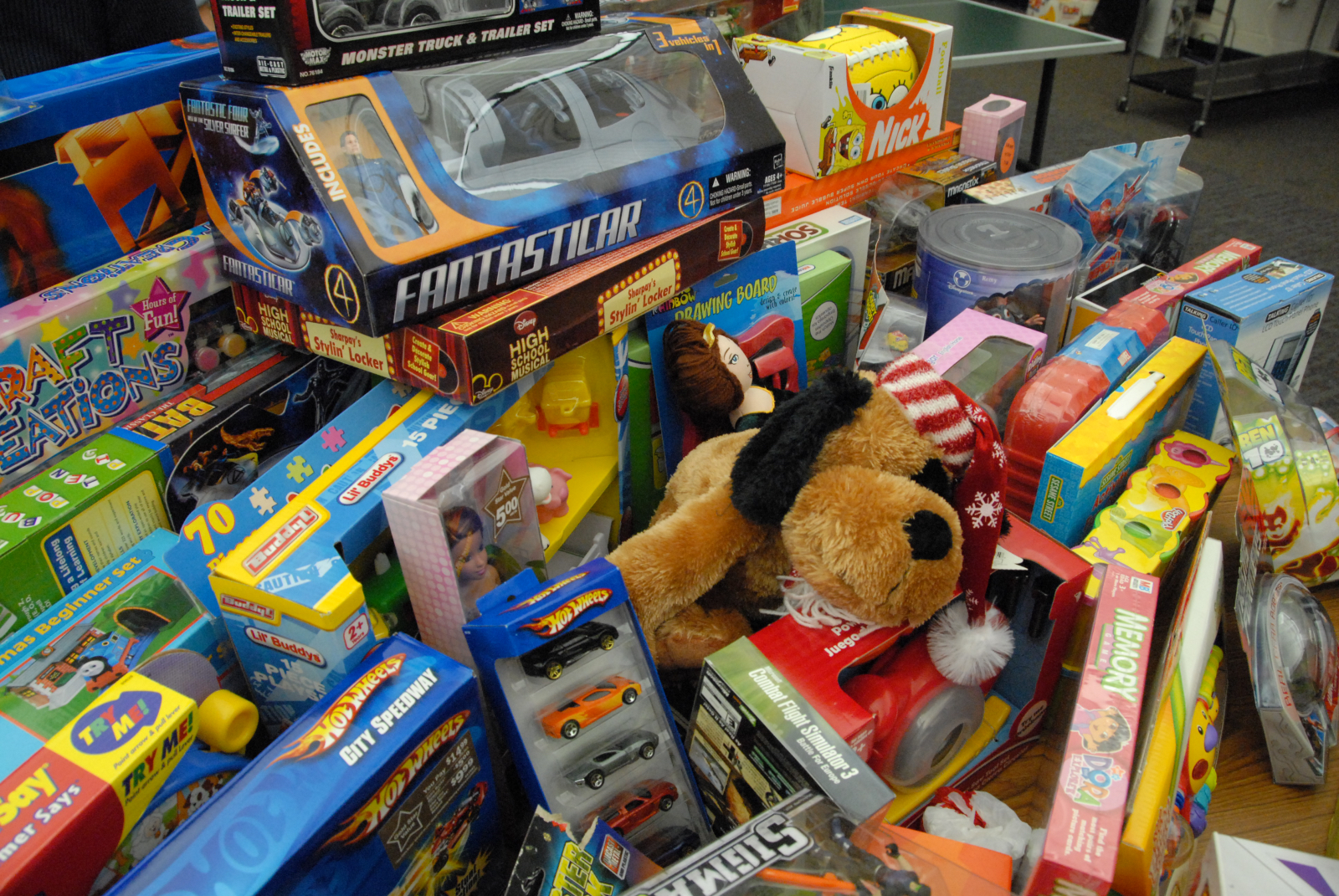 This last week in both Downers Grove, IL and Indianapolis, IN we had these great holiday party / Visual Studio 2008 installfests in conjunction with the Chicago .NET User’s Group and the Indianapolis .NET Developers Association. This was a great event where we gave away free fully licensed copies of Visual Studio 2008 as a thank you to the User Groups. Both of these events “sold out” within hours and there was huge demand from people who did not get in before the registration closed (we seem to have found a real market for free copies of our software - maybe the open source guys are on to something).

The best part of the event was the holiday toy drive that we had in each of the cities (we called it “Toys for Tots” originally, but each user group decided who in the local community to work with to distribute the toys, it was not necessarily the official toys for tots group). We asked each person to bring a new un-wrapped present that could be given to someone in need. We sweetened the pot by having a raffle for everyone who brought a toy (or made an onsite cash donation) where we gave away an xbox 360. The response was overwhelming. Dave Bost and I fully intended to count the number of toys that were brought in, but they came in too fast. A Downers Grove we literally overwhelmed the toy donation bin that was set up in the office. Indianapolis did equally as well in the number of toys brought in.

Note: The Wisconsin .NET Users Group was supposed to have their installfest in Milwaukee, WI last week, but it was postponed to this Tuesday due to the bad winter storm. They will also have a toy drive.  The event is sold out, but you can come for the party and be on the wait list to get a copy of the software (and bring a toy of course!). Register for the wait list at: http://www.clicktoattend.com/invitation.aspx?code=123247.

Not the only opportunity to give

I attended the Web414 meeting on Thursday night and they had a different, but similar fund raising opportunity. Gabriel Wollenburg’s (aka HeyGabe) wife in association with Rogers Memorial Hospital adopt a family every year. They are trying to raise enough money to buy the young girl in the family a Nintendo DS and the learning software that you can buy for it to help her with some developmental issues. What a better way for a technology oriented group to help out. Gabe is collecting donations at his blog: http://writelarge.com/donate.

Not a guilt trip - but donate anyway

I honestly wrote this blog post because I believe in giving back whenever possible and it warms my heart when I see people give so generously and so selflessly. I am not trying to “guilt” the people who read this blog into donating to these causes in particular. Give to whatever cause you feel is appropriate and give as much as you personally feel you can (up to and including nothing).