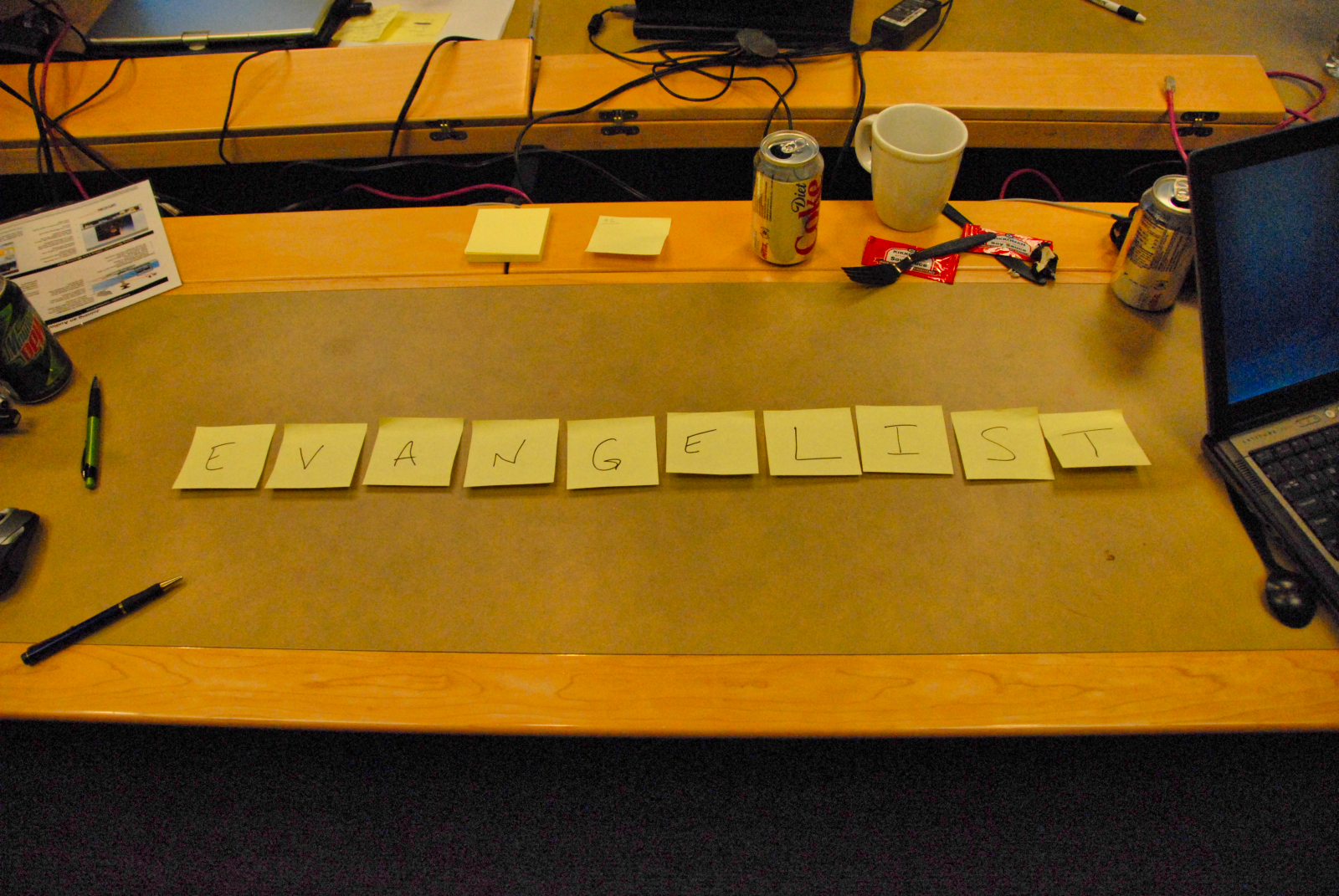 I am an Architect Evangelist a title that brings me all kinds of ridicule. My wife is constantly making fun of me for the Evangelist part of the title. She says that when I go to meet with customers that I should be wearing a white suit, a white shirt and a white tie. I bet she also pictures us having events like our ArcReady program in tents like the old time southern evangelist used to do.

I have been asked quite a bit about my title, “Architect Evangelist” (The Evangelist part of the title, the ribbing I get over the Architect part of the title I will save for another blog post). The most recent questions have ranged from concerns about it being based on the religious evangelist (and the concerns are on both sides of the argument) I also get the flat out “You are a what?” or “What do they do?” or my recent favorite “What do they grow?”.  I figured that I had been asked about it enough to put some thoughts down about it.

If you look up evangelist in a dictionary you will find that there are numerous definitions, many of which are tied to the original Evangelist Mathew, Mark, Luke and John, but I like to point towards the definition “a person marked by evangelical enthusiasm for or support of any cause”.  I also like the phrase “publisher of glad tidings”, which in some dictionaries is phrased as “anyone who brings good news”.

Guy Kawasaki is the person that many people point to as the first technical evangelist and he pretty much invented and perfected the role of Evangelist. Guy was an evangelist for Apple way back in their first heyday, right after the Macintosh was released. He wrote one of the best blog posts ever on The art of Evangelism. 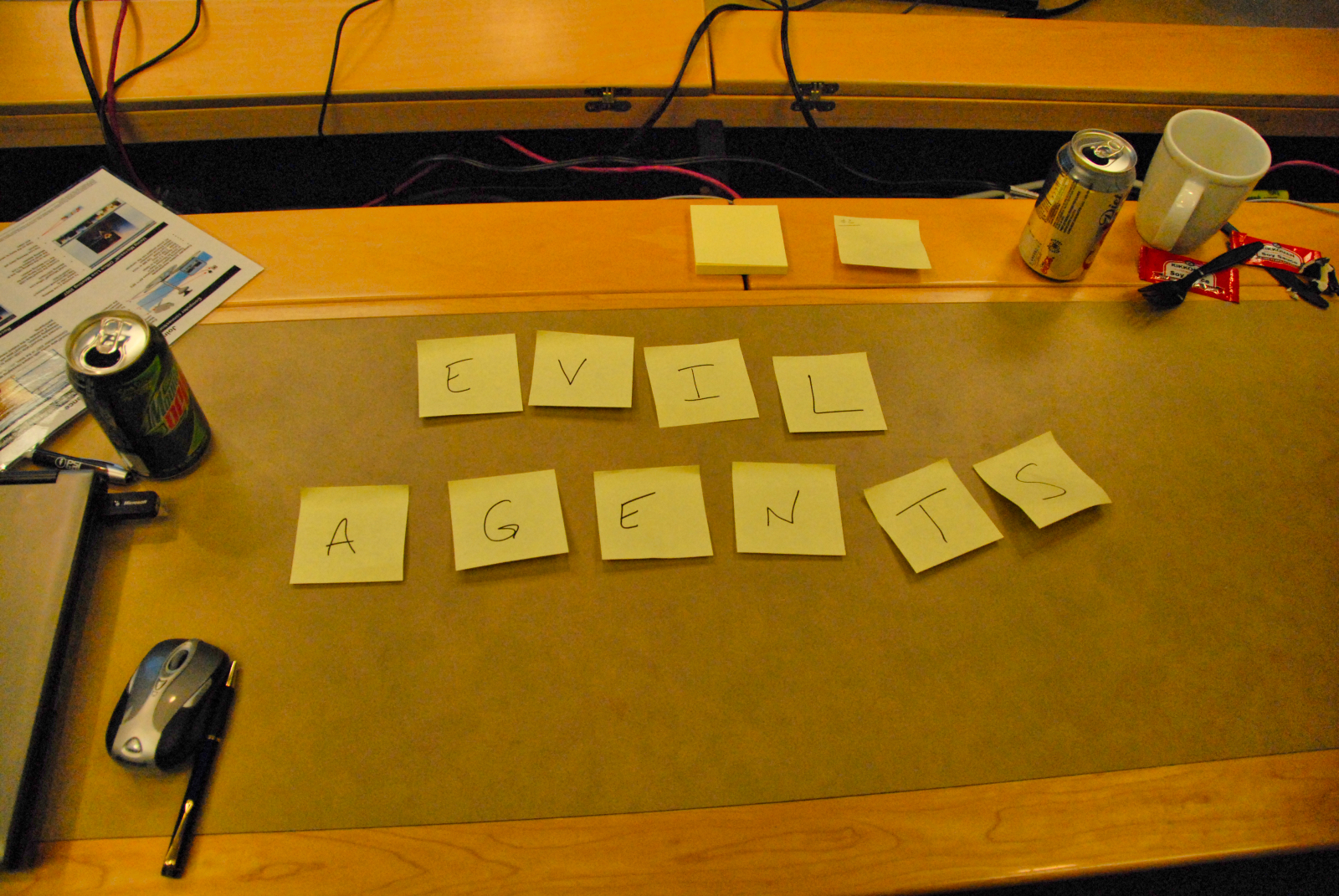 Sales Guys, Storm troopers or both?

A couple of weeks ago the team that I work on got to have a panel discussion with some folks in Austin, TX. The panel was on how we (as Microsoft Evangelists) can work better with the community. At one point one of the panelist described us “Visual Studio Salespeople” (I am paraphrasing a little bit, but the gist of it is there). The example he stated is how when we are talking to customers we will never mention nHibernate, because it is an open source and non-Microsoft product. I was personally put off a little bit by it at first, but I did understand where he was coming from. I am not on quota, I get paid the same salary no matter how little or how much Microsoft product people buy, so I am not the classic sales person by definition. I do try to inform people about the value of Microsoft’s products (particularly the development platform), so that kind of makes me a salesperson. I do consider myself a sales person for the products that you can not buy from Microsoft (like Silverlight and the .NET Framework), so that would make me a rather lousy salesperson. And as for the comment about nHibernate, I told the gentleman the truth - I love talking to customers about nHibernate, because that shows me that they have committed to our development platform. I get worried when customers are talking about Hibernate.

The other comment I will hear quite often is that Microsoft Evangelists are like the storm troopers for empire. We are in the field to make sure that everyone complies with the galactic will coming from the death star (or Redmond, WA). I would say there is no truth to this, but Steve Loethen pointed out to me that is you re-arrange the letters in Evangelist, it spells Evil Agents (or Evil’s Agent - depending on your point of view). 🙂

What does the typical week for an Evangelist look like?

First and Foremost, I must say that there is no typical week for an evangelist. I can honestly say that once I got past my first couple of days at Microsoft, that there have been no 2 days a like. However you can get a flavor for what a week as a Microsoft Evangelist can by by checking out my friend and colleague, Denny Boynton’s recent blog post A Week in the Life of an Architect Evangelist.

Shameless Plug - We are hiring. There are currently openings for an Architect Evangelist and a Developer Evangelist in the greater Chicago area. Let me know if you are interested in finding out more about the open positions or if you would like to pursue the positions.