You will hear a lot from Microsoft over the next few months about our vision for software and services (we even have a catchy acronym for it - s+s).  One of my jobs as an Architect Evangelist is to help convey this vision to the community and to Microsoft customer and partners. Over the next few weeks s+s will be a topic at our ArcReady program that will be touring across the central region of the United States (the tour kicked off on Tuesday in Columbus, Ohio with my co-hort Josh Holmes giving the first talk). I will be writing a few blog posts about it in the next couple weeks as warm ups and follow-ups to the sessions, as well as trying to cover the topic for people that could not attend one of the sessions.

When Ray Ozzie, Microsoft’s Chief Software Architect, brought the software and services vision to the forefront at his MIX keynote earlier this year there were a lot of people skeptical of the vision. There were a lot of people who claimed that this was not a vision at all, but rather it was Microsoft trying to protect our traditional revenue model (which is selling software that is installed and run on desktops and servers). The root of this criticism is that software that is run under the Software as a Service (SaaS) model is seen as a threat to Microsoft’s locally installed software. When people bring up this argument, I like to point out examples of software companies other than Microsoft that are following the tenants of s+s (and some of the companies that are might surprise you) and also I like to point to companies that are building platform components for s+s, one of my favorite examples is Adobe’s AIR platform.

AIR is an acronym for Adobe Integrated Runtime (the code name for AIR was Apollo). It is a cross platform, runtime environment for building lightweight desktop applications. You develop your application on top of the AIR runtime (which is ~9 MB download) and it can be deployed on any platform that has a version of Adobe AIR installed (currently Windows Vista or XP and Mac OSX; a Linux version is in the works, no word on love for UNIX platforms).

How is this an s+s platform?

Adobe has recognized that there is a real need for locally installed software and they are making a serious commitment by creating a platform for it. How serious is their commitment? They even chartered a bus and painted it up with the Adobe AIR logo and drove it all over North America to spread the word on their new platform. The North American tour culminated at Adobe Max in Chicago in early October. It was really trippy hanging out on the Adobe Bus with their evangelist. Even though we are competitors, all Evangelists share a common bond with a love of technology and too many days away from home. But enough about the bus, and back to the platform.

You can pretty much say that Adobe owns the web from a Rich Application Development perspective (so I am talking about the space that Flash / Flex and Silverlight play in - not the standards based web environment for HTML, the DOM and JavaScript). So why would they take valuable development resources that could be used to extend their web platform and build a whole new platform that will take several years to develop? Ryan Stewart, the Adobe Evangelist, said it best in his blog post No The Desktop Isn’t Dead, But Why?:

Creating real desktop applications has more benefits than offline. It’s about branding, it’s about things like file type registration, operating-system drag and drop and being able to leverage the local resources for computing power. There are a variety of benefits that we all need to focus on and which can benefit from all of the innovation on the web.

Using locally installed software to access all that the web has to offer (in the form of well ordered, easy to consume services) is what the vision of s+s is all about. 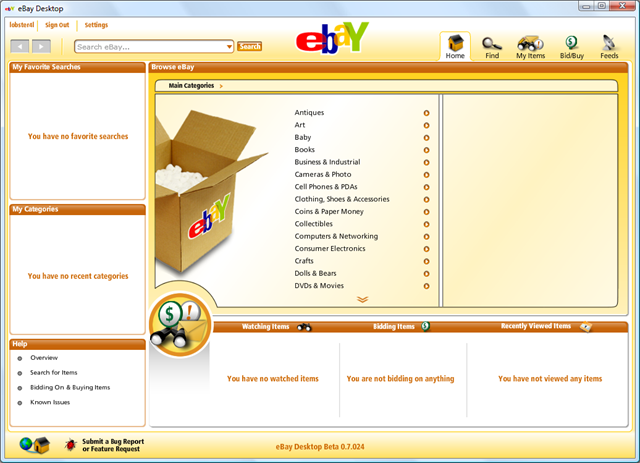 One of the first applications released on the AIR platform (a Beta application on a Beta platform) is a desktop version of eBay code named “San Dimas”. Let that sink in for a second. eBay is a company that literally grew up on the web, they did not exist before the Internet. Third party companies have built applications on the eBay platform, but this is the ultimate SaaS company saying “there is a sufficient market and need to build a rich client application”. San Dimas is a complex application, it does most eBay workflows. But I bet it was relatively easy to build, not because of the AIR run time per se, but because the services existed for it to tap into. I think companies that have made a name for themselves on the web going back and delivering richer experiences is a trend that you will see repeat itself a lot over the next few years.

Microsoft and Adobe are going head to head in a number of fronts (I will write about another one in a few days - not Silverlight!). You will hear the Evangelist from both Microsoft and Adobe use a phrase like “All Boats Rise with the high tide”, meaning that one one company innovates, their competitors will soon follow and everyone wins. I think Adobe having a solid desktop platform play will be good for Microsoft’s desktop platform in the long run. It is also good to have a competitor who shares our vision for software and services.