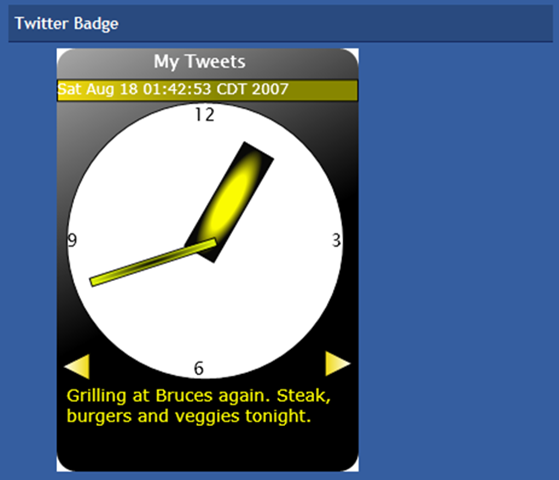 My friend and colleague Josh Holmes attended the Flex/AIR Jam this week. While at the event, he built a Twitter Badge built in Silverlight (I have to talk to Josh about how he pulled this off, I can’t seem to even check my e-mail effectively when at a conference and he runs off and builds an application that works!). The Badge is a work in progress, as he wants to update the graphics, but it is live on his site. The concept is that you page through his Tweets and the clock reflects the time that it was posted. It looks kind of cool how the clock goes back and forth as you are paging. I am sure that Josh would want me to make sure that I mentioned the idea for the Twitter Clock Badge came from James Ward, an Evangelist for Adobe.