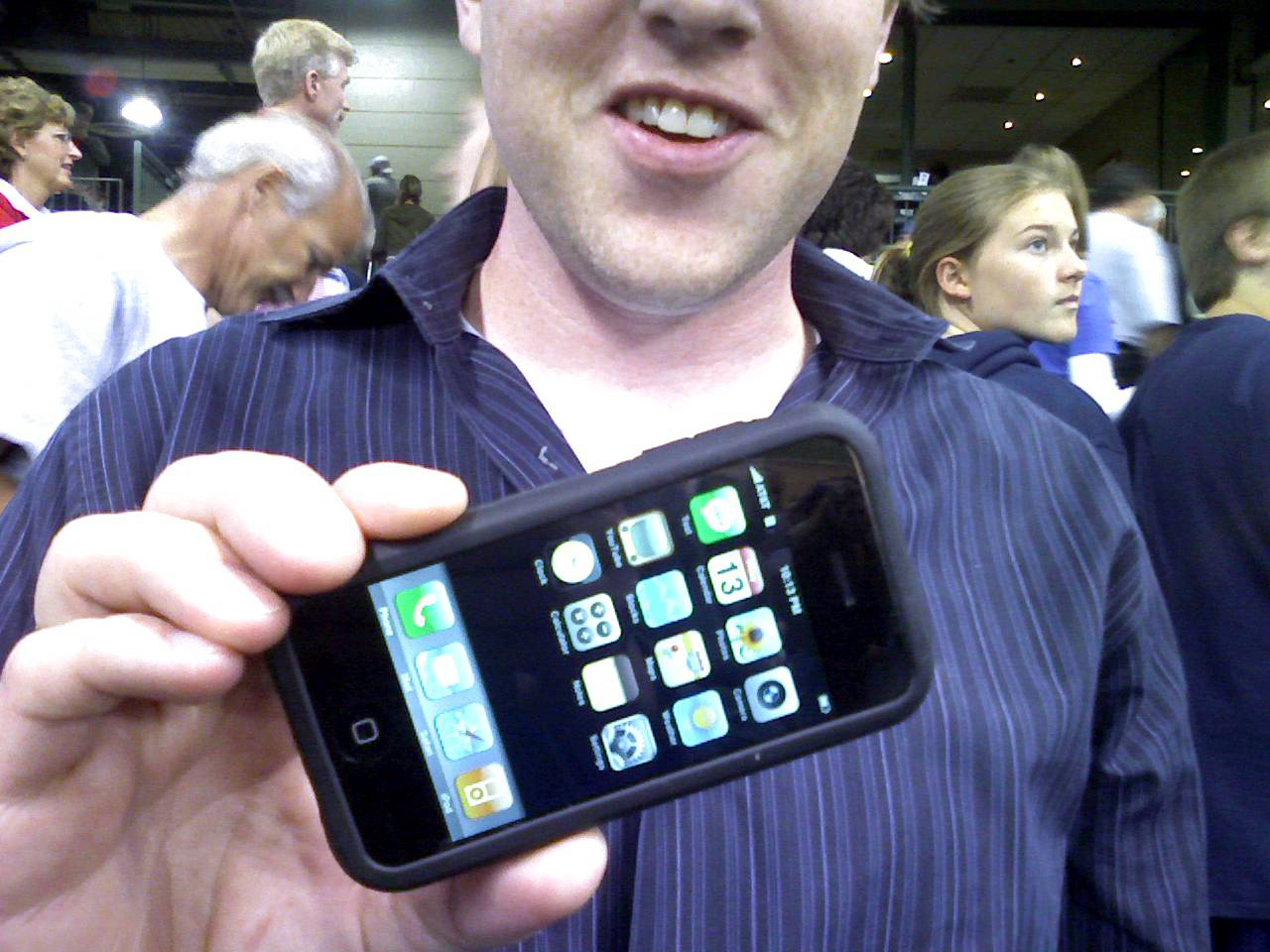 The iPhone had been out 2 weeks and 2 hours before I actually saw one in person. I was just talking to Tom over at 80/20 Coding about this on Thursday. Tom lives in San Francisco and he said that you can’t walk down the street without seeing someone with an iPhone. I was on vacation last week visiting my parents in suburban St Louis and I spent most of this week in Milwaukee and had not seen one. Are cities in the Midwest just less likely to jump on this hot new technology? Or could it be that I was just not looking closely enough?

I ran into one at the Rockies @ Brewers game at Miller Park on Friday night. Bill from broadlock technologies was sitting behind me and had the device. We struck up a conversation about the device and he even let me check it out. Despite a few quirks that he described (some of which sound like they could be fixed with firmware), it seems like a great device. It was fun talking to Bill and I am thankful that he let me check it out, I do have to admit that I spent most of the time turning it on its side and then back again to see the browser turn from portrait to landscape.