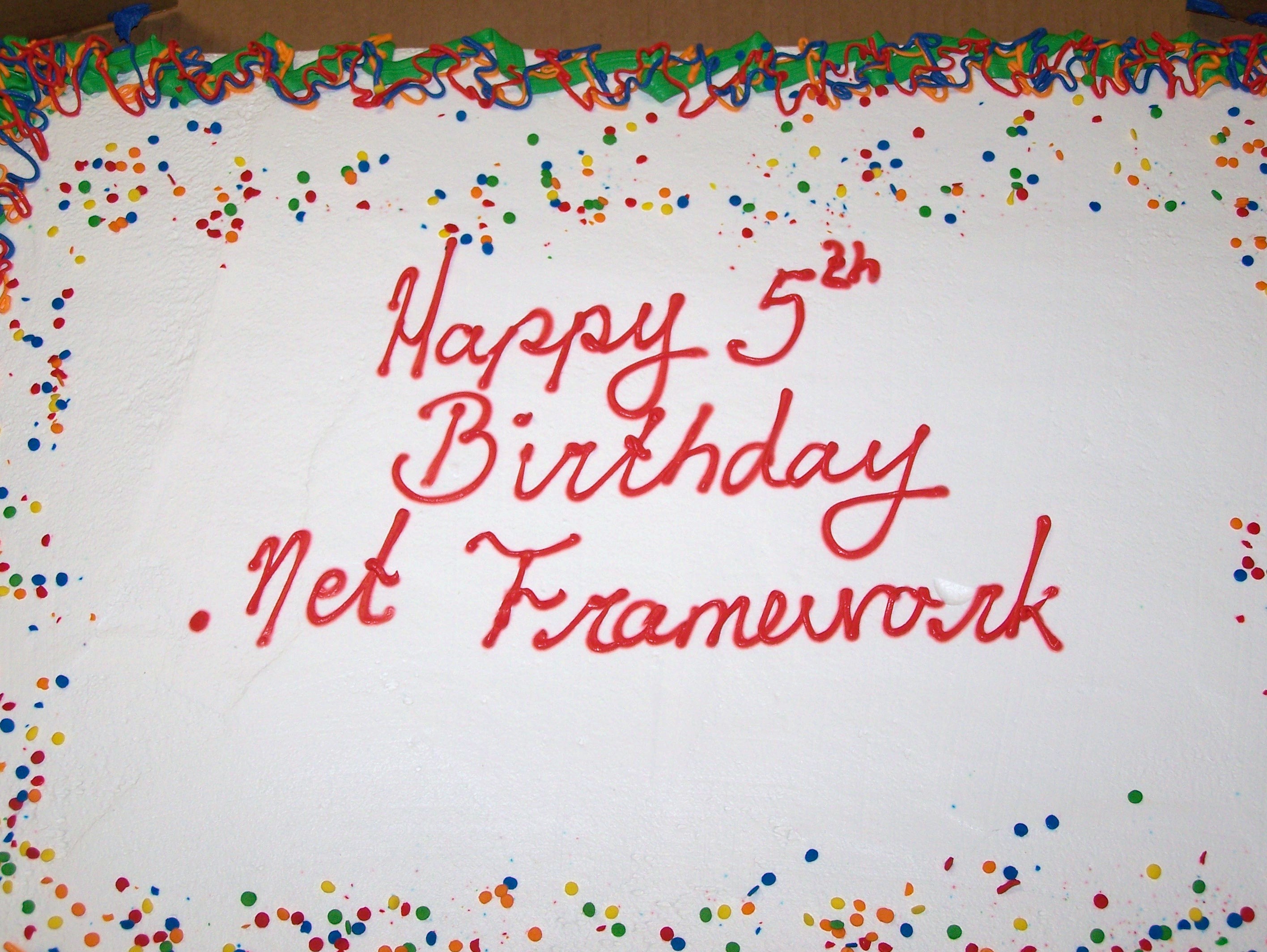 February 13th was the five year anniversary of the production release of the .NET Framework. It was also the 5th Anniversary of the founding of the Wisconsin .NET User group. The event was celebrated with a sheet cake courtesy of C & C Recruiting (thanks!). In addition each attendee got a black t-shirt with “.NET” on front and “Since 2002” on the back.

I was the speaker at the user group last night and I was amazed at the turn out. There was a snow storm and a winter storm warning hitting Milwaukee for most of the day. I figured that there would be only a few people at the meeting, but there was at least 70 people in attendance. The topic “ASP .NET AJAX” is a very hot one, so I think that motivated people to brave the winter weather.